What is Cultural History

What is Cultural History? has established itself as an essential guide to what cultural historians do and how they do it. Now fully updated in its second edition, leading historian Peter Burke offers afresh his accessible guide to the past, present and future of cultural history, as it has been practised not only in the English-speaking world, but also in Continental Europe, Asia, South America and elsewhere.

Burke begins by providing a discussion of the 'classic' phase of cultural history, associated with Jacob Burckhardt and Johan Huizinga, and of the Marxist reaction, from Frederick Antal to Edward Thompson. He then charts the rise of cultural history in more recent times, concentrating on the work of the last generation, often described as the 'New Cultural History'. He places cultural history in its own cultural context, noting links between new approaches to historical thought and writing and the rise of feminism, postcolonial studies and an everyday discourse in which the idea of culture plays an increasingly important part. The new edition also surveys the very latest developments in the field and considers the directions cultural history may be taking in the twenty-first century.
Translation: Justyn Hunia
ISBN: 978-83-233-3422-4 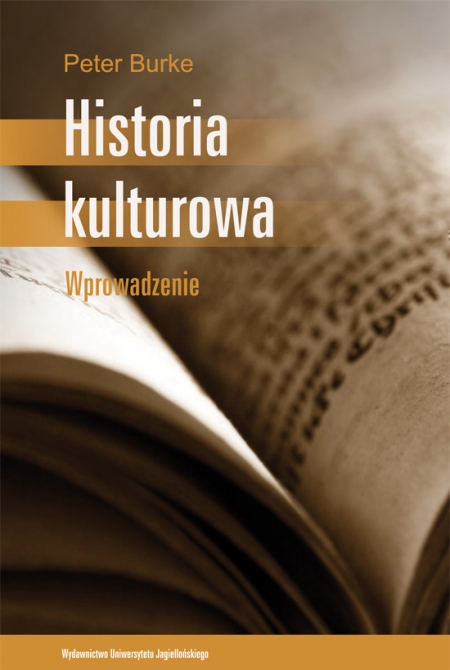