Frontiers: A Short History of the American West

Published in 2000 to critical acclaim, The American West: A New Interpretive History quickly became the standard in college history courses. Now Robert V. Hine and John Mack Faragher offer a concise edition of their classic, freshly updated. Lauded for their lively and elegant writing, the authors provide a grand survey of the colorful history of the American West, from the first contacts between Native Americans and Europeans to the beginning of the twenty-first century.
Frontiers introduces the diverse peoples and cultures of the American West and explores how men and women of different ethnic groups were affected when they met, mingled, and often clashed. Hine and Faragher present the complexities of the American West—as frontier and region, real and imagined, old and new. Showcasing the distinctive voices and experiences of frontier characters, they explore topics ranging from early exploration to modern environmentalism, drawing expansively from a wide range of sources. With four galleries of fascinating illustrations drawn from Yale University's premier Collection of Western Americana, some published here for the first time, this book will be treasured by every reader with an interest in the unique saga of the American West.
Translation: Tomasz Tesznar
ISBN: 978-83-233-3166-7 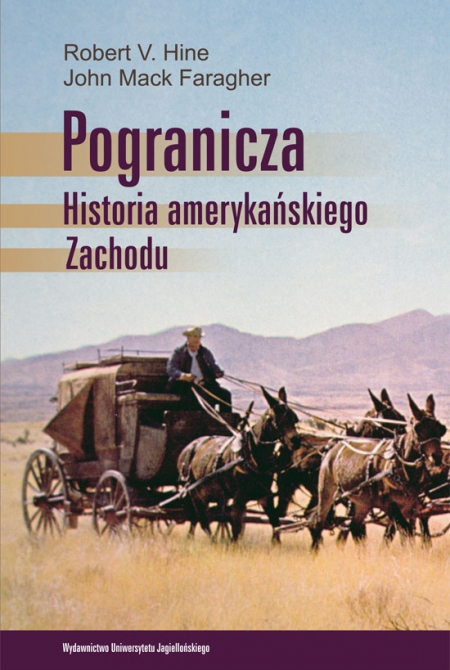