On the Trail of Genghis Khan: An Epic Journey Through the Land of the Nomads

The relationship between man and horse on the Eurasian steppe gave rise to a succession of rich nomadic cultures. Among them were the Mongols of the thirteenth century – a small tribe, which, under the charismatic leadership of Genghis Khan, created the largest contiguous land empire in history. Inspired by the extraordinary life nomads lead, Tim Cope embarked on a journey that hadn’t been successfully completed since those times: to travel on horseback across the entire length of the Eurasian steppe, from Karakorum, the ancient capital of Mongolia, through Kazakhstan, Russia, Crimea and the Ukraine to the Danube River in Hungary.

From horse-riding novice to spending months in the saddle, he learnt to fend off wolves and would-be horse-thieves, and grapple with the haunting extremes of the steppe as he crossed sub-zero plateaux, the scorching deserts of Kazakhstan and the high-mountain passes of the Carpathians. As he travelled he formed a close bond with his horses and especially his dog Tigon, and encountered essential hospitality – the linchpin of human survival on the steppe – from those he met along the way.

Cope bears witness to how the traditional ways hang in the balance in the post-Soviet world – an era that has brought new-found freedom, but also the perils of corruption and alcoholism, and left a world bereft of both the Communist system upon which it once relied, and the traditional knowledge of the nomadic forefathers.
Translation: Aleksandra Czwojdrak
ISBN: 978-83-233-3740-9
e-ISBN: 978-83-8179-537-1
Tags: Travel literature 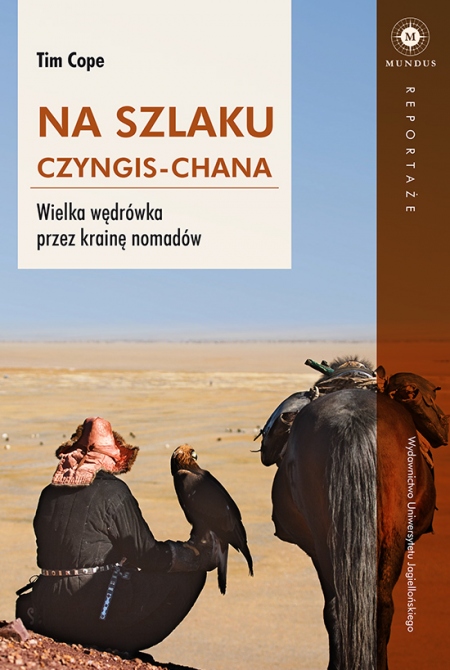